Underground Fossils is run by Dimxsk and Trylemma. Posts are now Tuesdays (miscellaneous posts, often new music reviews or lists although time being what it is sometimes we have to just upload something cool) and Fridays (always music upload posts). We do all we can to make sure we don't post stuff that (1) You can still reasonably buy from the artist directly, (2) You can reasonably buy secondhand for cheap, (3) You can download easily elsewhere, (4) The artist(s) asks us not to for any reason. Rips will include our own personal rips, old scene rips, and random web rips. 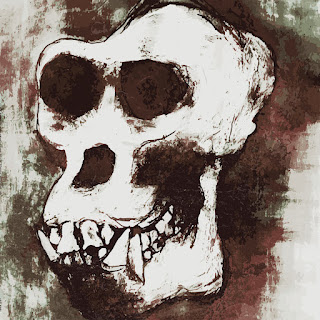 After seemingly retiring the Apeface rap moniker a handful of years ago, Calgary super producer The Dirty Sample not only decided to dig up old Apeface for a comeback, but he got him to evolve into the new and improved Ol' Gorilla Bones...and he's got rhymes galore!

The Dirty Sample is an amazing producer. Dusty Canadian style boom bap mixed with cinematic, eerie at times, samples that are guaranteed to make your head nod. With that said, I am of the opinion that the man is an even better rapper, and one of the most overlooked when it comes to indie rap. The cadences and rhyme schemes are fresh to death on here, but, as is often the case with the Apeface, the signature back of the throat delivery style is the highlight. 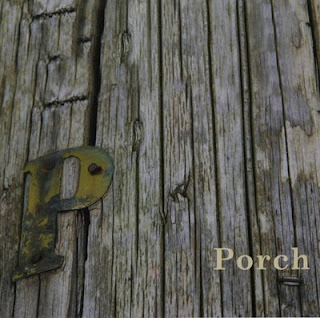 Posted by Dimxsk at 5:00 AM No comments: 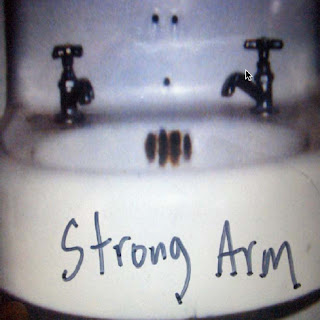 I'm back! I'll be subbing for Trylemma this week, and that means downloads because I'm all reviewed out for the next few weeks. And seeing as ol' Stinkin' Rich himself is making a triumphant comeback onto the scene after a Covid lockdown induced creative period I figured I may spend this week dropping some hard to find Buck 65 music because we all know he's great and there really is so much of it (also perhaps someone will be moved by my generosity and submit a rip of Boy / Girl Fight: Buck 65 Rarities because that is currently my holy grail. I actually had it from some torrent and I lost it...)

Anyway, Strong Arm was a tour only mixtape produced and sold during the Secret House Against the World period. So expect a heavy folk influence although this one seems to run the gammut with samples borrowed from punk, dub reggae and acoustic folk. It's got some seriously dope tunes on it, and is a fun little addition to any Buck collection.

Anyway I'll be upping some more Buck on Friday, if anyone has any requests please feel free to hit us up via chat. Have a good week folks!

Also, very very sorry to hear about the loss of David Ramos' first born daughter and Ceschi's niece Cici last week. UGF sends it's condolences to the Ramos family. There are no words, especially coming from fans not friends and family but we wanted to at least shout out her name and wish all of you as well as is possible to be after something like this. 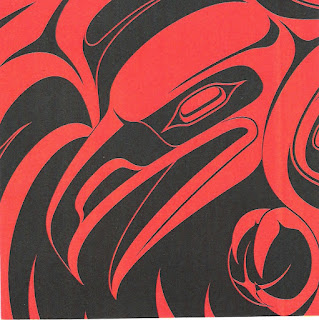 Dimxsk is busy this week, so I'm doing a quick upload in his place. Next up - Manik's "Indigibonics" from 2007!

Manik (aka Manik 1derful) is a Native First Nations rapper from Canada (Vancouver I believe) who is a member of the great Sunday Skool Dropout crew. He's been putting out music (and doing battles) for quite a while now (he's on a posse joint with Macklemore floating out there lol,) but 2007's "Indigibonics" is one of his more obscure works.

The beats here seem to be mirroring the more radio friendly sounds of the mid 2000's, but the raps are all on point. Peep the scene rip below!

New Music: BdotJeff - What a Mess 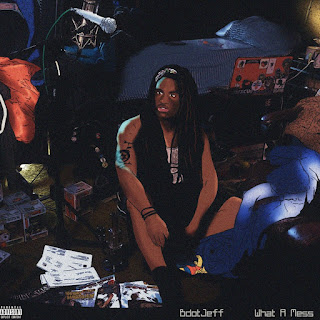 Okay, who here has finished Netflix's Ozark? Goddamn I'm trying to write a coherent album post here and I'm just replaying that last scene. I won't ruin it but I hope you've all taken your meds before you hit play on that shit...

Enough about that. This, folks, is BdotJeff. I think it's fair to say it's unlikely you've heard his songs up to now, but if you've followed my posts on Happy Tooth's music you may have heard him drop a verse or two. I was first introduced to his music when he was kind enough to share his second full length Y2K with the blog, and I was fairly quick to judge it just wasn't my cup of tea. That said, my issues with it had much less to do with the talent or creativity he displays, and more to do with a bit of closed mindedness on my part which probably stems from being a mid-30's going on 70's cynic. His work is very strange at times and I just couldn't in the moment get into it. Stylistically it's flashy, colorful and fast paced, kind of an auditory anime if that makes any sense. It's the kind of music that can be easy to dismiss if you're listening with only half an ear as style over substance, but the thing is the substance is absolutely there and you're doing yourself a disservice if you don't give it a chance.

Luckily this dude is persistent. He seems to be very comfortable putting himself out there and waiting for a bite, and I gotta say that more than anything else really started warming me up to what he has to offer. He's been sending us the occasional single and album really only asking for feedback, and as he comes across as a humble, hardworking creative soul I usually do my best to oblige him. So by the time I heard What a Mess I already liked BdotJeff, I just had to make the leap from that to enjoying his music.

But I'm getting a bit ahead of myself. And the caffeine is kicking in, so why don't I drop some background knowledge here? BdotJeff is originally from PG County MD but currently working out of Columbus OH (hence the Happy Tooth connection). He's been a musician since way back, starting with church choir and transitioning to poetry writing and rapping over borrowed beats via YouTube. At 13 he was writing and recording his own work, and he took it all the way to college to become a sound engineer (right here I'll say, some of you know I dabbled in music at one point, and audio engineering is hard ass shit, I was horrible at it. So kudos for that.) He's worked with a number of acts, mostly it seems local folks from the Columbus and Maryland scenes.

Specifically though, what made me really take notice of his work with this album in particular can be expressed best through what he told me about it. What a Mess was conceived and birthed during some of the most tumultuous years of his life. Mania powered it and it was driven by personal loss and mistreatment in love. Is it emo though? Absolutely not. Although in places he slows it down and takes to crooning sadly("pkmn sapphire, fair warning"), he never fails to re-liven it up with good old fashioned stole your woman braggadocio ("B.O.S.S."), returning to his rapid fire style raps. In fact, the point of What a Mess is really to show how a person can experience these things in life but keep the fun alive and get to the other side. I was moved when I read this line from him during the "development" of this post:

"I just want the ability to have my music connect with at least one person that felt or is currently feeling the way I was when I made this album. Since the development of this project I've started a better mental health journey and I just want everyone to know that they can move forward with life even if they're in pain. You are not alone in feeling alone, and if I can spread that idea to at least one listener in my music then I'd say i did my job"

This album isn't perfect. It's not going down in history as one of the all time great rap releases. At times his rap makes it difficult to understand the lyrics, and sometimes the silliness gets to be a little bit too much. I don't want to oversell it. The thing is I liked this album because of it's DIY sound and the personality that shows through the music. Additionally though, the production is very solid, much of it done by him although he has very good guitar and bass work on the album from Bela Peresta aka Lugosi and Sara Smith respectively as well (also I gotta give the nod to xDiggityDee for their production, JamPOP and Fanaticus for background vocals, Brenton Newman on drums. Other features are credited in the song titles I believe). His singing and songwriting have improved since the last I heard from him. And I really think most importantly, it's evident that at some point he's decided to just be himself and shine on his songs regardless of the outcome, who hears them and what they think. Unlike many artists I actually believe this guy wants nothing more than to make some fun music with his friends to help people forget their problems. If you can honestly say you fault a guy for that, then you might be missing the point of music entirely...

See him making fun music with his friends to help you forget your problems right here with "WHOA!"

Get What a Mess as a digital download or stream it here and support a creative soul as they do what they love!

Posted by Dimxsk at 5:00 AM No comments: 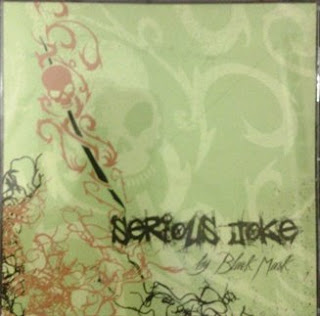 Today's upload is one of my most sought after physical releases on the wantlist - 2009's "Serious Joke" from Black Mask!

We've talked a lot about Black Mask on this blog so you probably know the deal - a Mountain state crew of revolving members headed up by super-producer Maulskull. The crew has dropped a lot of (free) music throughout the years that you can still peep on Bandcamp, but this project from 2009 evaded me for the longest of times. Maulskull uploaded several tracks from it over the course of several compilations, but I could never find the actual album in full. Luckily, my buddy BrothermanTrill passed me a digital copy a couple of years ago.

It's always intrigued me that this one seemed to have gotten buried. The production is crisp as are the raps. Verbal Kent, Eternia, Celph Titled, and Tha Alkaholiks all stop by as well. Banging album all around. Check it out below! [Oh yeah - if anyone has a physical CD copy of this...please let me buy it from you lol!) 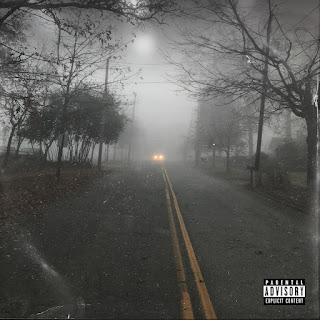 Today's rec is coming from the newly returned Collective Efforts!

Collective Efforts is a four-man (Ben Hameen, Bambu, J. Mill, and DJ Creashun) group from Atlanta and one of my personal favorite Hip Hop groups of all time. The lush jazzy sounds from the crew are more reminiscent of the In Ya Mellow Tone vibes than most of the indie/underground Southern sounds. They dropped some absolute monsters of projects throughout the 2000s, all leading up to my personal favorite from them, 2010's "Freezing World."

Unfortunately, that was the last we heard from the guys - until now! More than a decade later, Collective Efforts has finally reformed and given us a brand new full album, "The Long Way Home." And not only are the guys picking up exactly where they left off, they have somehow stepped things up as well. The melodic production is perfect for an incoming summer and the rhyme schemes and song concepts are all on point. So glad to have them back. Peep it below. 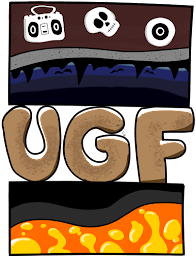